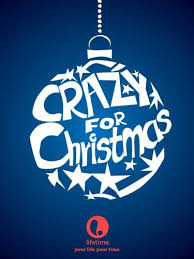 Crazy for Christmas should be retitled Creepy for Christmas because while it finally gets to its homey, feel-good destination, it takes a long, meandering route that detours into harassment and abuse of privilege. It’s not your usual holiday movie plot and that may be enough to keep some folks interested, but the fact that you can’t see where you’re going also puts you in the position of the lead character, Shannon (Andrea Roth), and it’s not a comfortable ride.

The single mom is trying hard to keep things together for her and her young son, Trevor (Jason Spevack). Shannon, a chauffeur, agrees to take a Christmas Eve shift so the family can have some extra money and maybe not have to depend on their annoying neighbor, Mrs. Granger (Joyce Gordon). She finds that her client is a wealthy retiree who’s in a very generous mood, and as she drives this mysterious Fred (Howard Hesseman) around the city, he takes every chance he can to hand out money to strangers, eventually attracting the attention of a news crew.

That sounds harmless enough, a tale of an eccentric St. Nick and the woman who finds herself transformed somehow by this experience. Except it’s all a string of creepy misbehavior, or what can certainly be misconstrued as such. In the opening scene, an unseen man, who we later realize is Fred, combs through the chauffeur agency’s driver list, passing over row after row of men before settling on the one female driver. “This one,” he says, pointing at Shannon’s picture. There’s jaunty music in the background and it is a Christmas movie so we can assume there’s nothing menacing going on, but to a woman, it also looks like the start to an entirely different kind of Lifetime movie.

Things just go downhill from there. Fred constantly comments on Shannon’s looks, telling her that she’s even prettier in person and that her nostrils have a way of flaring out when she’s angry. He tries to set her up with his lawyer despite her not signing up for this matchmaking service. The most disturbing thing about Fred is that he knows something about Shannon’s personal life and is not being forthright about it. By keeping the truth from her, he figures he can just buy her happiness and discard the messy bits that come with what he knows. Shannon, who’s a pro at this service thing, keeps her cool in ways I would not, but the anger is there and rightly so.

The companion part if you will to Fred’s harassment is the way he parades his generosity. The movie wants you to congratulate this crazy old man for his largesse. He likes making it rain $100 bills, and he has a lot of $100 bills. However, I see no dignity in throwing out money to the masses so that they’ll grab for and claw at it like animals. It’s Dickensian, and if I wanted that, well I wouldn’t turn to Lifetime.

These troubling aspects of the script kept me from enjoying any of the lighter parts of the story. Fred’s connection to Shannon does have a touching postscript, if you’re willing to give him the benefit of the doubt. A young Yannick Bisson also appears as an ambitious reporter who gets the scoop and the girl – but in a way that makes him see his own shortcomings. None of that is what I’ll remember about Crazy for Christmas though, if I remember this movie at all.